Australian government, industry, consumers and professions have access to the Australian Standard for Value Management AS4183:2007. Initially released in 2007, the Standard was recently reviewed and found to remain current and relevant to its purpose.

This Standard is a critical document for the understanding and practice of Value Management in an Australian context.

Many neighbouring countries reference and/or utilise the Australian Standard as a basis for practice within their jurisdictions. 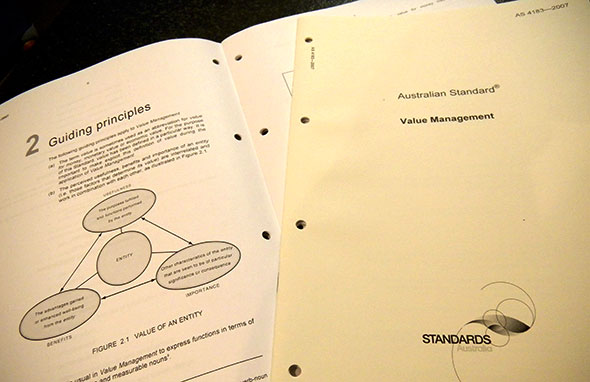 Other nations and the European Union have their own standards and with which the Value Management work carried out in those jurisdictions must comply.